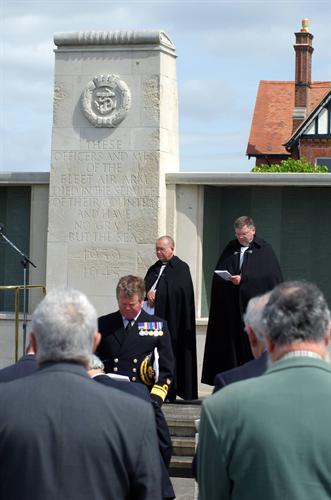 The Telegraphist Air Gunners Association (TAGA) annual memorial service will take place on Sun 19May13 commencing at 1130.  This is the 60th Anniversary of the unveiling of the Memorial at Lee-On-The-Solent.

TAGA represent 3000 air gunners who served aboard aircraft carriers during the 28 year life span of the branch from 1922 - until its closure in 1950. During this time 495 sailors were lost in action. The branch was well recognised for its service with 299 members decorated for good service, with awards of note including twenty MBE’s, two Gallantry Cross Medals and three Members of the Order ofAustralia.

The service will be attended by serving sailors representing HMS SULTAN.