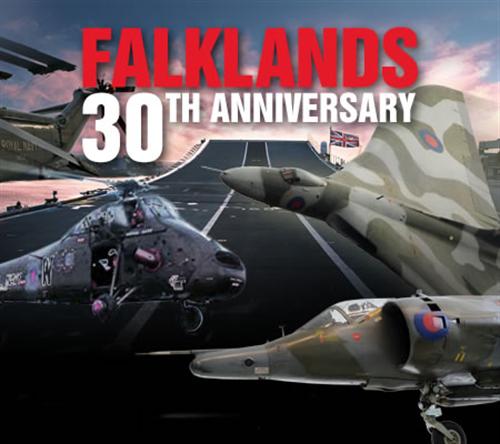 On 2 April 1982, Argentina carried out its threat to invade the Falkland Islands and quickly overcame the small British garrison. The next day, Britain’s Prime Minister, Margaret Thatcher, announced in Parliament that, “HMS Invincible will lead a naval task group out of Portsmouth on Monday 5 April”. Britain’s response to the invasion of the Falklands had been decided. Some ten weeks later, the land campaign reached a successful conclusion on the evening of 14 June when the white flag was seen flying over Port Stanley.

The air war to regain the Falklands involved the Sea Harriers of Nos 800 and 801 Naval Air Squadrons. Known to the Argentine air forces as the ‘black death’, they destroyed 23 Argentine aircraft. Also involved, were the Harrier GR3 aircraft of No 1 (F) Squadron who carried out over a hundred and twenty ground attack sorties in support of British forces.