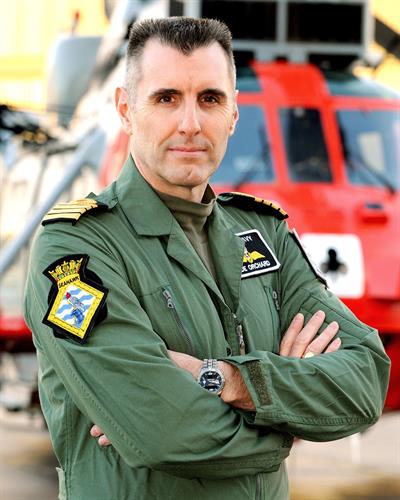 Organisers of the Porthleven Food Festival- 16 & 17 April 2016 - are thrilled with the inaugural fringe Literary Festival at this year's event, which is set to bring together several local authors.

Among the Literary celebrities speaking at the festival will be Commanding Officer of Royal Naval Air Station Culdrose, Captain Adrian Orchard OBE.

"RNAS Culdrose features large in the local community and having just paid a fond and sad farewell to 771 Search & Rescue Squadron, so we are delighted that Captain Orchard has agreed to speak at the first Porthleven Literary Festival," said Literary Festival organiser, Jay Armstrong.

"As the author of 'Joint Force Harrier' Captain Orchard is well versed in the importance of preserving and telling stories that reflect bravery, courage and daring. He will be musing on life and leadership post-Harrier Force and will be speaking about the imminent introduction to service of the new British super carriers. Not everyone is aware of what goes on behind the camp wire and we're looking forward to hearing about life in the Fleet Air Arm today and how traditions from the past influence the stories of the future."

Harriers over Afghanistan - 10 years on.  From the death of the Harrier to the birth of the new British super carriers, listen to musings on life and leadership from Captain Ade Orchard, Commanding Officer Royal Naval Air Station Culdrose. His book 'Joint Force Harrier' offers insight into the realities of modern warfare.